You cannot put a paper towel in a hot oven because it is flammable when exposed to high temperatures. Paper starts burn at around 350-450 degrees Fahrenheit, and the temperatures in the oven can go more than that. Therefore, it is safe to keep paper towels out of the oven to prevent fire hazard.

Some low-temperature recipes will ask you to use paper towels in the oven to prevent greasing. While this is okay because the paper cannot burn at low temperatures, there are safer alternatives instead of risking burning your whole kitchen. This article will explain to you in detail why you should not use paper towels in the kitchen and what you can use instead. Read on.

Is it Safe To Cook With Paper Towels in the Oven?

Paper towels are used to prepare a wide range of recipes, and they fit perfectly in the oven, but they should not be used for cooking. The main ingredient in paper towels is wood pulp which easily catches fire at high temperatures.

Paper towels cannot catch fire with regulated temperatures, but they can still ignite if they stay in the oven for too long. You should never cook with a paper towel in the oven, whether at low or high temperature. Here are some dangers of cooking with paper towels in the oven.

Paper towels are flammable and easily catch fire when exposed to temperatures above 451 degrees Fahrenheit. Depending on the meal you are preparing, an oven can be heated to more than 500 degrees Fahrenheit. At such high temperatures, the paper towels will burst into flames. If a fire breaks out inside the oven, the whole appliance will ignite, and what follows will be a catastrophic fire accident.

The flames of a burning paper towel can cause the oven to start burning, damaging the internal parts even if you manage to put out the fire as soon as you notice it. Such internal damages cause the oven to stop functioning. This means that you will need to purchase another cooker, and if the fire spreads, you might lose your house.

If the flames of the paper towel cause the oven to ignite, your house is at the risk of an electric blowout because some short circuits might cut out. The risk of losing your life and property because of a mere paper towel is enough to stop you from using them in the oven.

It contains Ingredients That Are Not Food Safe

The main ingredient in paper towels is wood pulp, but it also contains other materials. For instance, some paper towels contain metals as part of the ingredients. In such cases, it is not safe to cook with paper towels because you do not want the metals and other components to mix with your food.

If you have been contemplating using a paper towel in the oven, it is now clear that it is a bad idea. The risks above apply to both dry and wet paper towels. A damp paper towel might take longer to ignite than a dry one, but it will at the end of the day. Remember that a paper towel is very thin, and it takes a short time to dry out and burn. Therefore, whether wet or dry, it is a rule of thumb that paper towels should never go in the oven.

Why Would You Put Paper Towel in the Oven?

Most people use paper towels in the oven when cooking foods that release a lot of grease like bacon, fish, or chicken. The idea is to have the paper towels absorb all the grease so that you do not have to clean after cooking. It is easier to clean up after using a paper towel instead of regular sponges or dish towels, but it comes at a risk of fire.

The safe way of using paper towels when cooking greasy meals is to transfer the cooked bacon or fish onto the paper towels after removing them from the oven instead of having the paper towels inside during cooking because they can catch fire.

People also use paper towels instead of aluminum foil to prevent oils from meat roasts from dripping to the bottom of the oven walls. When you cover your roast meat with aluminum foil, your oven will be left clean, therefore, there is no cleaning needed after. Most people turn to paper towels if they have run out of aluminum foil. While this sounds like a plan, the paper towels can easily burn during roasting.

Apart from cooking, some people use paper towels to wipe grease from the walls of the oven. For a clean wipe, let the oven heat up for a few minutes and then wipe it off.

What Temperature Will Paper Towels Catch On Fire?

Roasting recipes drip oil in the oven, leaving it greasy. To prevent the dripping oil mess, most people are tempted to use paper towels for such recipes, but it is advisable to use alternatives like parchment paper for safety.

If you have to use a paper towel in a hot oven for whatever reason, ensure to remove it immediately so that it does not catch fire. This safety measure is not only to avoid damaging the oven but to prevent burning the whole house or kitchen.

What Can You Use Instead Of Paper Towels in the Oven?

Paper towels are affordable and effective in food preparation and cleaning kitchen messes, but they are not safe for oven use because they can catch fire. Here are safer alternatives to use in place of paper towels.

Aluminum foil is highly recommended for oven cooking because unlike paper towels it can withstand heat and prevent oil from greasing the oven’s walls. However, it should not be in contact with the heating element in the oven. 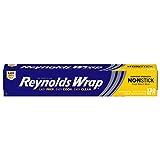 You can use the aluminum foil to cover whatever meal you are preparing or line the bottom of a pan before entering the oven. In addition, aluminum foil is also used for food storage. If you made dinner and a family member did not make it on time, you can wrap their meal and store it in the oven to avoid getting cold.

Aluminum foil is used to trap things in; this means that it traps heat and oils so that the food does not mess up with the inside of the oven, which makes it a perfect alternative for paper towels. 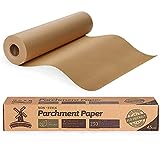 Parchment paper is safe and effective for oven cooking. It is mainly used to line up baking trays. It is not as absorbed as paper towels, but it effectively holds the food mess together, and it does not catch fire.

It is also used to line pans when preparing greasy foods like bacon or roasting. It soaks up the excess grease for easier cleanup. 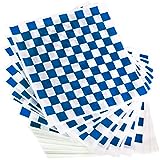 As the name suggests, wax paper is a piece of paper coated with wax. It is designed to cover food cooking in the oven or pans because it does not stick. It is also a good absorbed; therefore, it does a perfect job wiping spillages. Unlike paper towels, it does not ignite when exposed to high temperatures, and therefore it is oven safe. 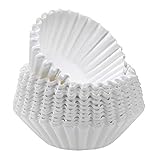 Are you guilty of using paper towels as coffee filters in the oven? If you are nodding at this question, you should immediately stop. There is no danger with using the paper towel as a filter, but it becomes a problem when you put it in the oven because it can catch fire. Instead, use coffee filters for well-sieved coffee and your safety. 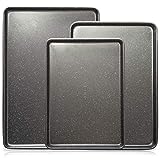 Some people use paper towels as baking trays which poses a fire risk because baking is done at a high temperature. Invest in baking trays, pans, and baking sheets for safety and well-baked cake. Such are designed to be used in the oven; therefore, they can be used at high temperatures without fire.

Proper Use of Paper Towels

Paper towels are very useful in the kitchen, but only when used for the right purposes. Here are the correct ways to use paper towels:

Wet paper towels help to keep vegetables like cabbages and lettuce fresh. To prevent your vegetables from wilting, wrap them in wet paper towels and put them inside a container. This maintains the humidity of the vegetables making them last longer.

Bread becomes mushy and moldy when stored in the fridge for a long period of time but paper towels can help you solve the issue. To keep your bread fresh, wrap the slices with a paper towel. The towels will soak away moisture to prevent mold growth.

Paper towels are widely used in cleaning grease from kitchen surfaces, your hands, clothes, or oven walls. Some people use paper towels to dry wet utensils. To soak up all the grease on the oven walls, heat up the oven before wiping.

For many years now, paper towels have been used in testing the viability of seeds before planting them in the nursery. Farmers who know this secret wrap the seeds in a paper towel and store them in a warm place for around 2 weeks. If the seeds are viable, they will have sprouted after the two weeks and you can confidently put them down in your nursery.

The coating of nonstick pans wears out if washed frequently using rough dishwashing sponges. To increase the durability of such pans, use paper towels to wipe off grease or food residues instead of washing them after every meal. Moreover, if you are planning to store the pans for a long period, wrap them in paper towels to prevent rusting.

Paper towels are made from wood pulp in addition to other chemicals. Some contain chemicals like dyes, chlorine bleach, inks, adhesives, and fragrance. These chemicals can be harmful to your health when used for longer periods.

Some companies make toxic-free paper towels by omitting the toxic chemicals during the manufacturing process. For instance, some companies use peroxide for bleaching instead of chlorine.

However, finding a paper towel that does not contain harmful chemicals is not easy because the government does not require companies to list the ingredients. If you cannot find a toxic-free paper towels, you can switch to fabric towels. Fabric towels will keep you safe from toxins and fire hazards and save you money because they are reusable.

Helpfulforhomes.com is a participant in the Amazon Services LLC Associates Program, an affiliate advertising program designed to provide a means for sites to earn advertising fees by advertising and linking to Amazon.com.